ALEK MECHLINSKI
"If you’re beside me, why can’t I see you."
Opening 13 January 2021 - 18:30h to 21:00h
13 January - 31 January
Plataforma² presents "If you're beside me, why can't I see you?" a series of new "cryptopaintings" by the Polish painter Alek Mechlinski. In this latest series he reinvents traditional methods of painting through fragmented and pixelated scenes. We begin the year with a pioneering step in the developing relationship between digital technology and painting, becoming the first physical space in Spain to pair tangible artworks with NFT’s. A special type of digital property that is characterized by being unique, interchangeable and linked to blockchain technology that guarantees its originality.
This new paradigm of art has begun to take shape as artists increasingly embrace NFT technology, providing the collector with a new digitally integrated form of ownership. This innovative universe of assets unites culture with technology. It makes it possible to create shared stories or retrieve works on physical media so that they are always available in the digital world. It is the democratisation of art at its best, and it has only just begun.
Aleksander Mechlinski’s seductively vibrant paintings are deceptive. When looking at them for the first time, one notices a series of interconnecting logics at play; it’s hard to determine where the viewer stands, where to look, what to think.  As we gaze on them, amidst his sprawling network of references, the impasto renderings of pixel-patterns jolt between abstraction and figuration, sculpture and painting, with such ease of movement it leaves you feeling liberated. They are undeniably alluring surfaces that obfuscate and pulse into different images, aided by the peculiar mix of marble dust, Portland Stone and oil paint that hold the subject in place like a candy-coloured blanket.
While the subjects and images within his work contain murmurs of the internet, they are more reminiscent of the wider change in image culture, and how the sharing, distribution, and mediation of images provides a newly formed level platform to history, allowing inhabitants to pluck and quote relational elements at their will. ‘The Dance’ by Henri Matisse, is, for instance, here reduced to an indigo copy, recalling a tattoo on the subject. Appropriating the bright fauvist palette, the visceral power and bodily energy is transferred into the work. A row of potted plants is meticulously rendered in series, the colour palette changes between each canvas, the artist copying himself, across his own practice. The net is cast wide.
Beyond the coagulated materiality of his surfaces, Mechlinski’s paintings become insular worlds, obscured through his strategic employment of painterly gesture. Created by reducing found images from across a range of media through the use of a computer program, which are then translated to the canvas, his marks appear as pixels, drifting in and out of focus.
These are all symbols we have seen before, and that’s it: Mechlinski’s works are considerations on how images lose their uniqueness over time. Through their production, Mechlinski’s paintings appear to lessen that change, pulling apart the simplicities and ambiguities of these unlikely icons, pushing them back into the ebb and flow of images. The works become a semiotic game that stops these collected subjects and images being a signifier for anything in particular, and instead are readable as a metaphor of meaning, signifying their own power of signification. This suggests further overlaps or a circuit on an infinite loop.
One of Mechlinski’s painting’s asks a peculiar question, which has stayed with me, the question alludes to this very cycle of symbolism: “If you’re beside me, why can’t I see you?” A definition of this escape from visibility. Through drawing the legibility of his pieces inward, embracing the pictorial ambiguity of the images within them, the works pull back, at once being so brightly visible but also exhibiting something quiet, unassuming and ever present like everyday language.
Words by Alexander Harding. 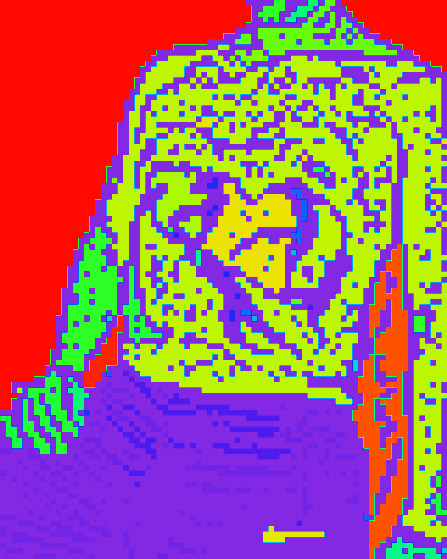 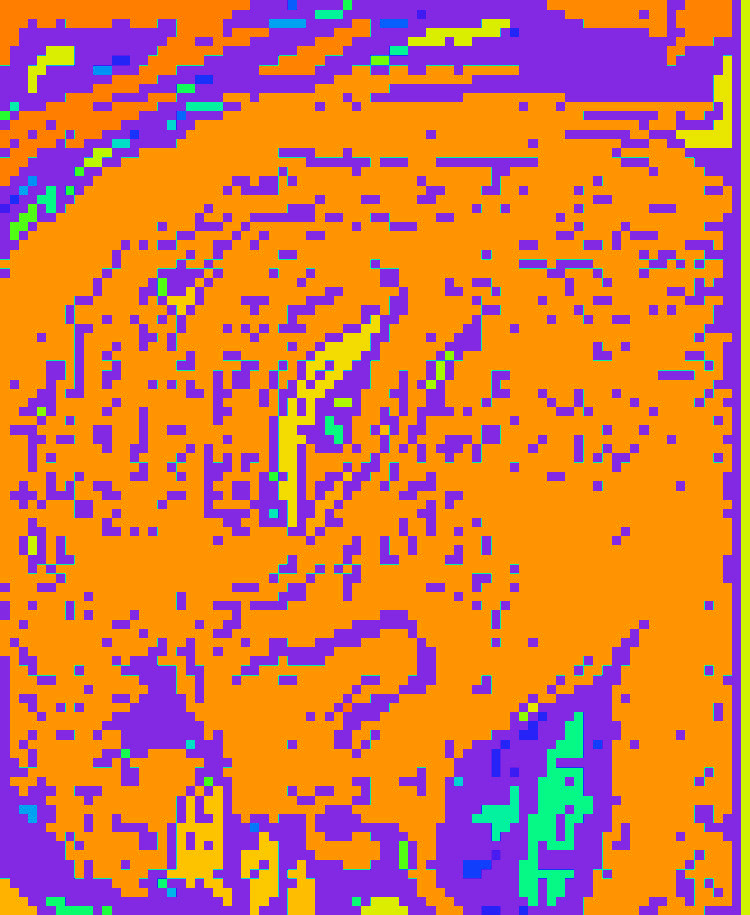 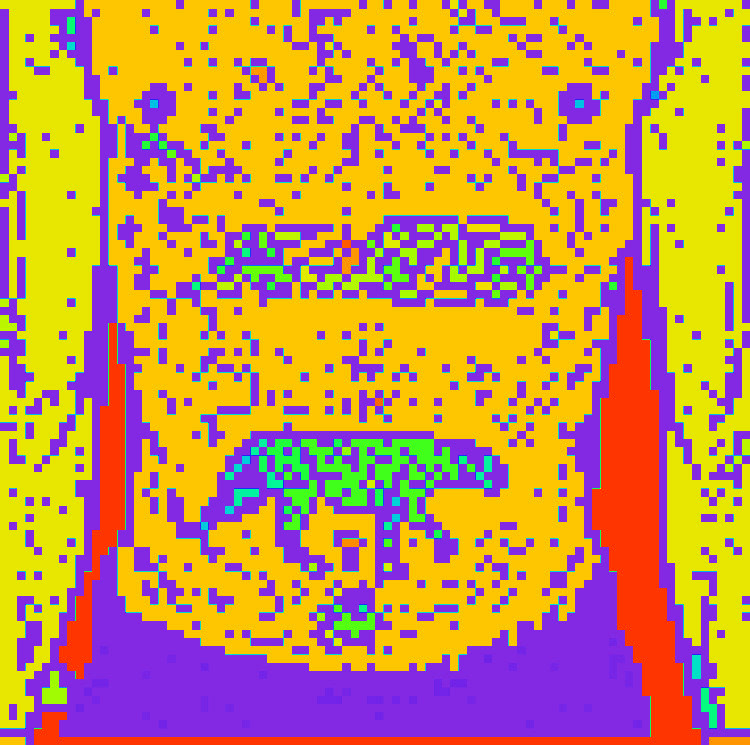 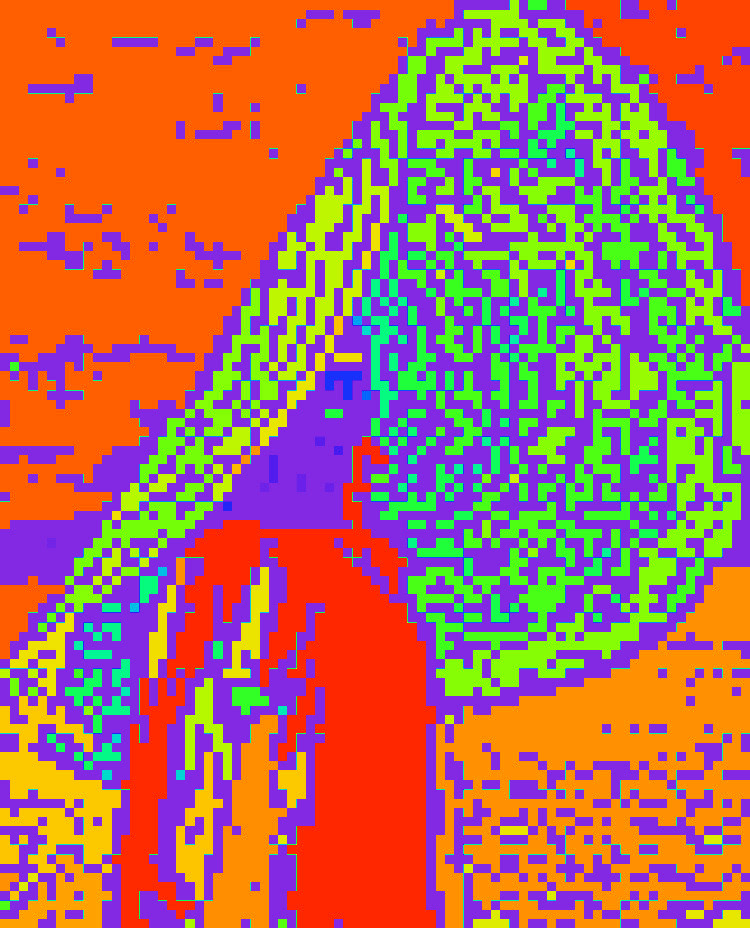 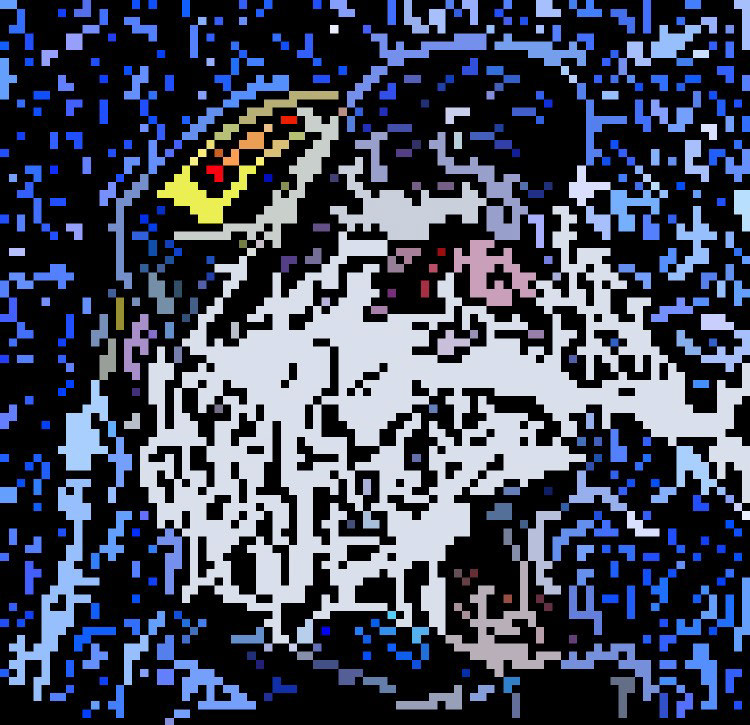 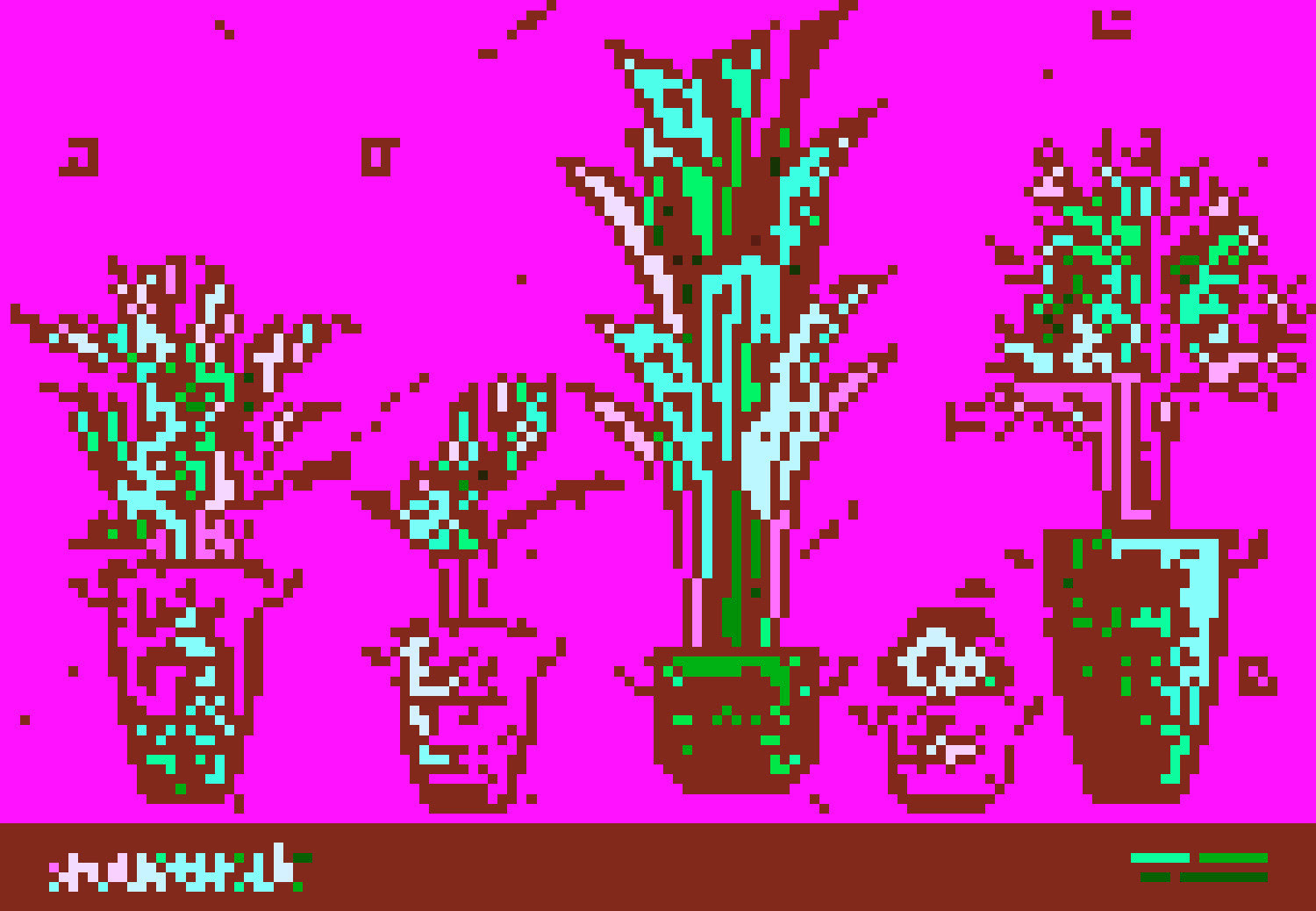 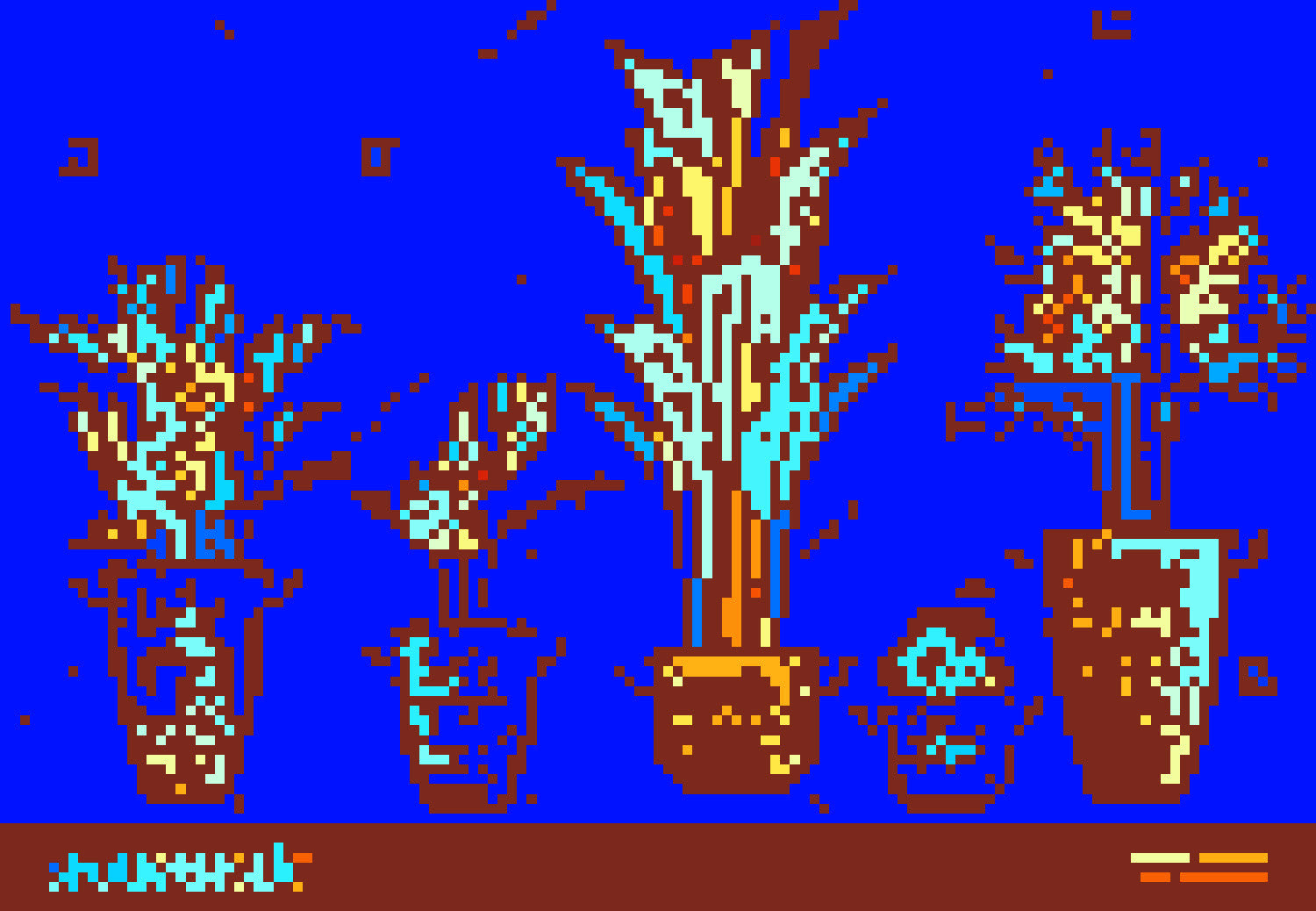 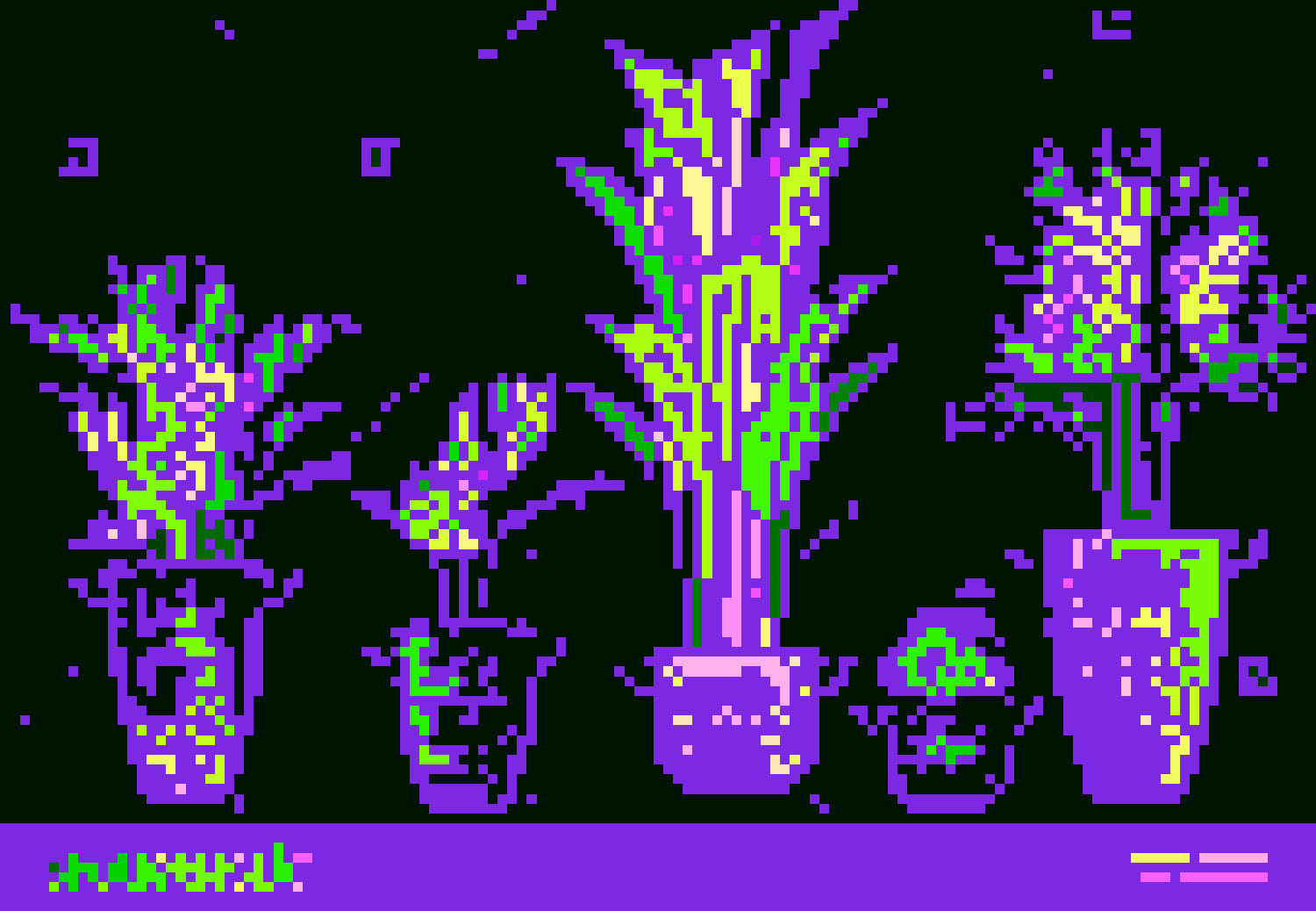 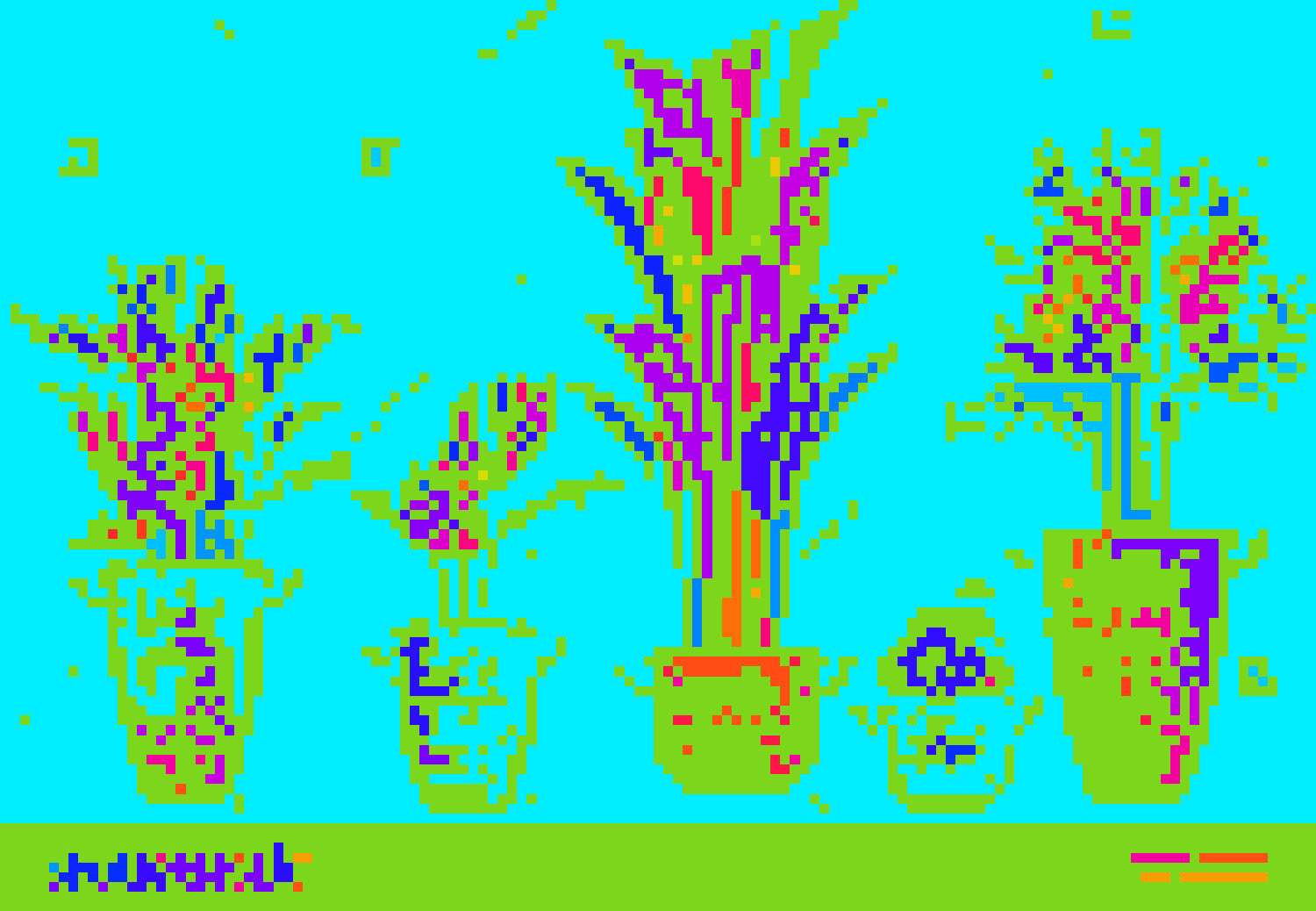 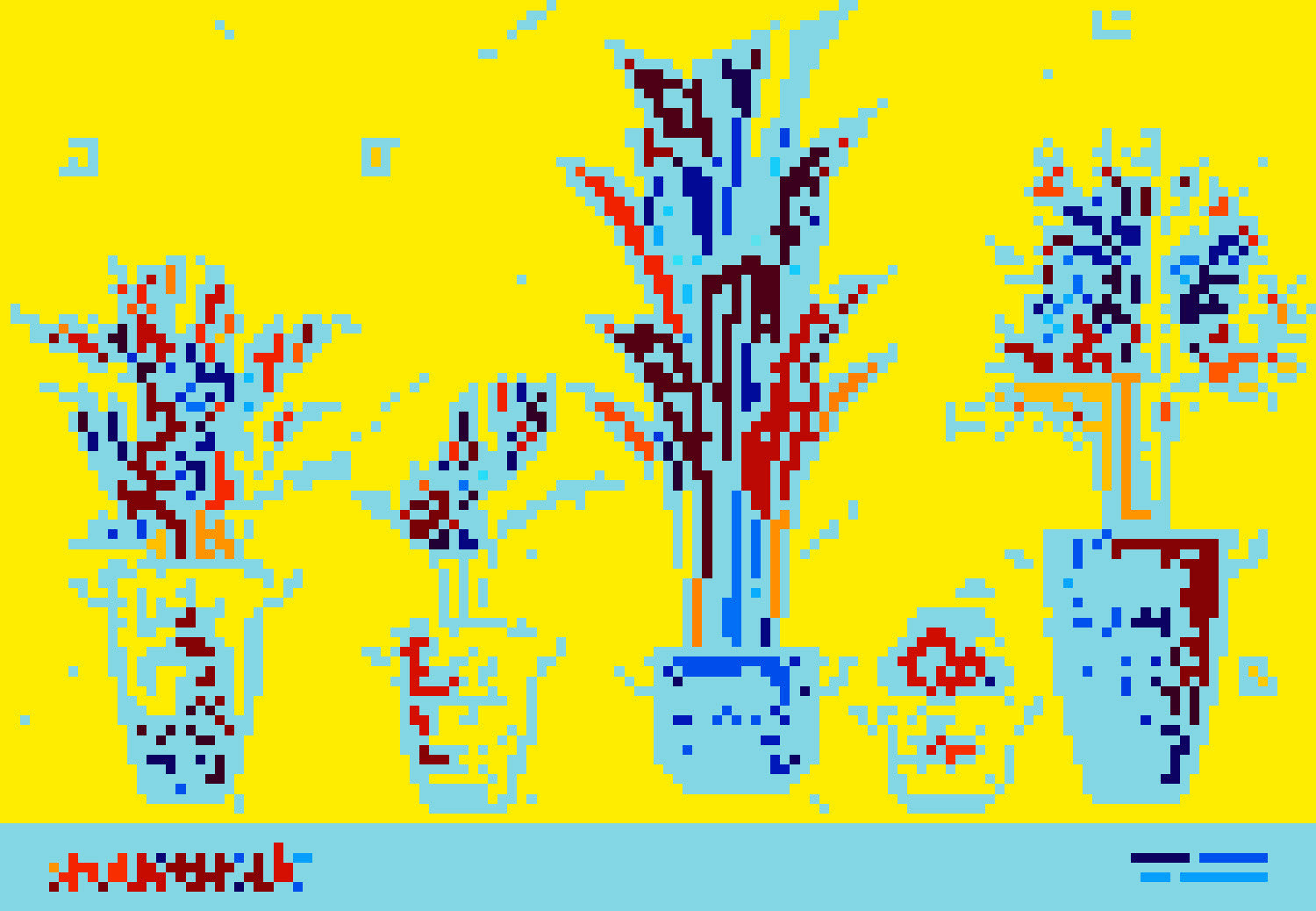 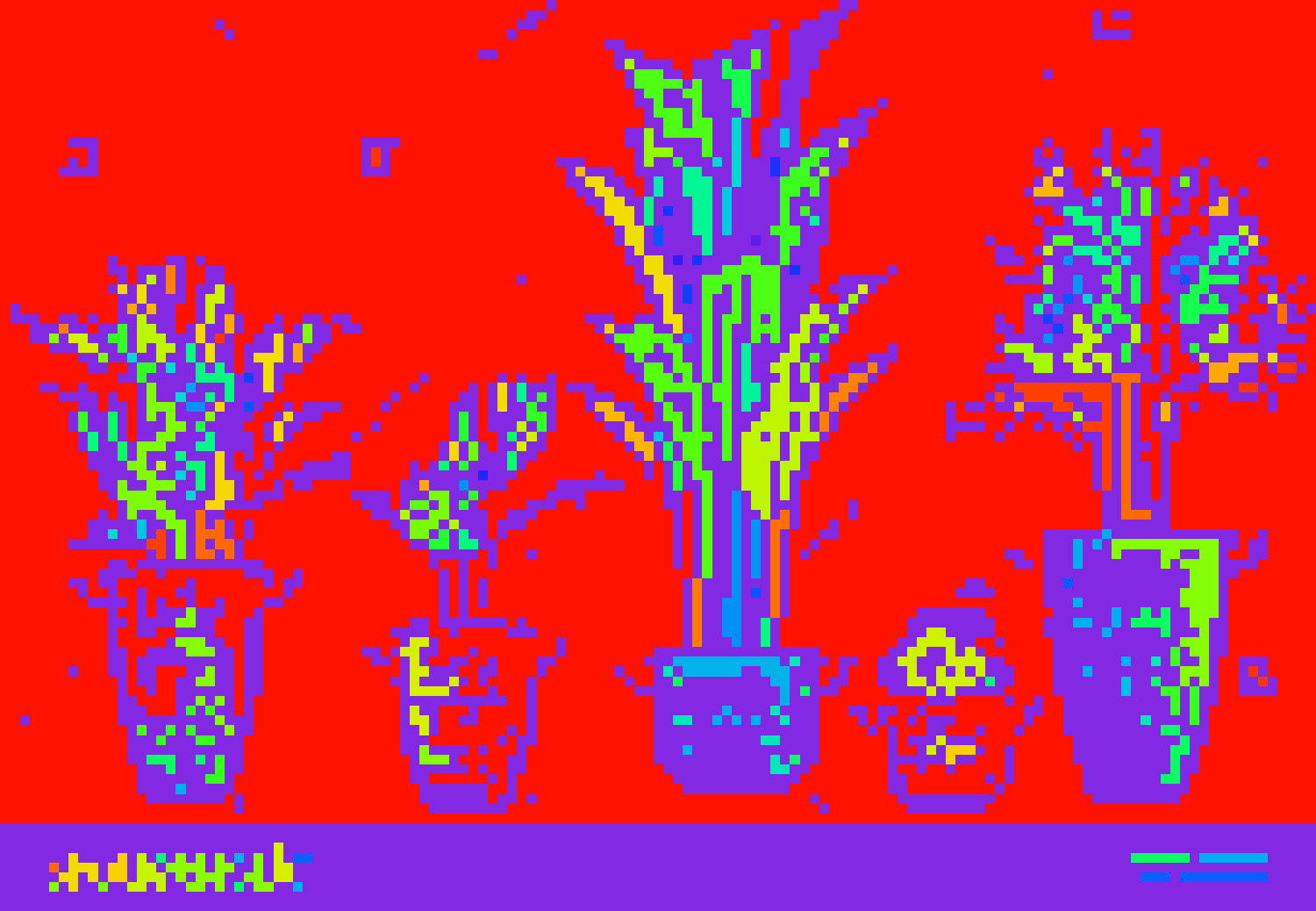 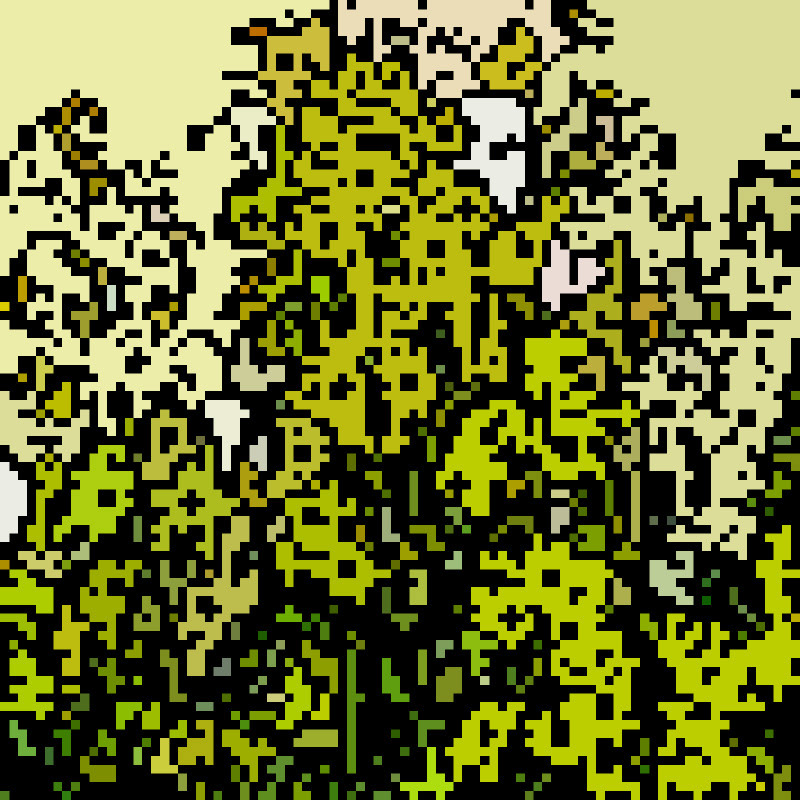